The Telecast X80 Power is a tablet that comes into the market with a decent performance at an ordinary price. The tablet does not bring anything new into the market but it is stable enough to handle all daily tasks having combined standard features such as the Intel Atom Cherry Trail X5-Z8300 processor, 2GB RAM, and 32GB storage.

The Telecast X80’s line of tablets receives yet another boost with the introduction of the Telecast X80 Power. The tablet improves on the Telecast X80 pro with a new slimmer full metal housing but maintains all the other features we had seen earlier such as the screen, a 1920×1200 IPS panel among others.

Just like its predecessors, the Tablet is also powered by a quad-core Intel Atom Cherry Trail X5-Z8300 processor clocked at 1.44 GHz and runs up to 1.84GHz with Turbo Boost Technology.

There is also Intel HD Gen8 Graphics, 2GB of RAM system memory on board and 32GB of internal storage. We expected that Telecast could improve on the system memory to 4GB of RAM with an improved power system by using an Atom X5 Z8500 for it to stand out from the crowd for 8-inch Dual OS tablets.

The tablet appeals to users in a budget interested in a device that can handle daily tasks such as emailing, web browsing, editing word documents, playing games and watching HD videos.

The X80 Power comes in a full metal chassis body with a thinner design and less 4.5mm frame around the screen. The buildup quality of the tablet is more along the premium lines and is set to compete with the similar looking Xiaomi MiPad 2. The tablet measures 8.31 x 4.86 x 0.28 inches and weighs 332grams making it portable enough to slide into your jeans pockets effortlessly and walking around with it the whole day.

The X80 Power comes with a battery capacity of 3.8V / 3800mAh that is enough to handle the internal processor to perform various tasks without running out quickly. As such, you can play all your favorite games and watch videos for a whole day before plugging it in for charging.

The Telecast X80 Power is powered by a quad-core Intel Atom Cherry Trail X5-Z8300 processor clocked at 1.44 GHz and runs up to 1.84GHz with Turbo Boost Technology. There is Integrated Intel HD Graphics new generation clocked at 200 MHz to 500 MHz that enables the tablet handle all demanding games. The system comes with 2GB of RAM and 32GB of internal storage which is expandable to 128 GB with the help of a TF card.

It also runs on two operating systems, Windows 10 and Android 5.1 lollipop, so you can switch between the two quickly depending on your preference. The power efficient processor, GPU and RAM enable the tablet to run all the games, apps and watching of HD videos without slowing down.

In terms of connectivity, the tablet comes with a micro USB, a micro HDMI port to extend the display to larger screens, and a 3.5mm headphone jack for audio output. For internet connectivity the tablet supports Wi-Fi 802.11b / g / n and comes with Bluetooth 4.0 that allows connection with compatible devices for sharing and transfer of media. There is also an OTG cable inside the box to allow you to couple your tablet with peripheral devices, such as a mouse or a keyboard, which you can then use to control it.

The 8-inch display tablet comes with a resolution of 1920×1080 pixels and 16:10 aspect ratio. The display is enhanced with IPS LCD Capacitive Touch Screen which offers 178 degree wide viewing angles and capable of displaying up to 16M color at 283 ppi. The Telecast also comes with a front and rear 2.0MP camera that is capable of capturing images with some clarity.

This is not the best we can get for a Tablet Camera, but then considering the price we can be satisfied with it. The camera can come in handy when making conference calls or taking Selfies, do not expect a high picture quality but then it gets the job done anyway. The tablets supports BMP, GIF, JPEG, JPG, and PNG picture formats, 4K and MP4 video formats. 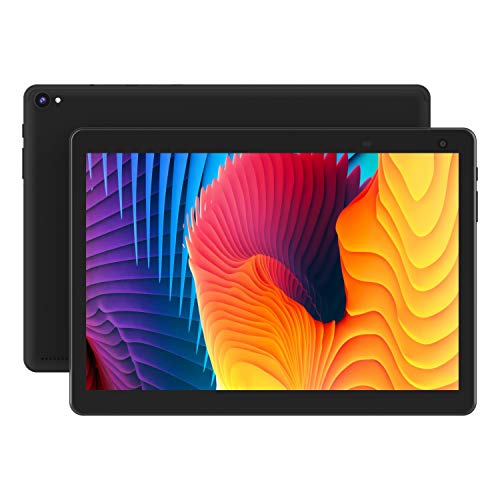 The Telecast X80 Power is a tablet that comes into the market with a decent performance at an ordinary price. The tablet does not bring anything new into the market but it is stable enough to handle all daily tasks having combined standard features such as the Intel Atom Cherry Trail X5-Z8300 processor, 2GB RAM, and 32GB storage.

Essentially, Telecast did not make any attempt to improve on this tablet considering that its predecessors have the same features. They were only interested in making it affordable without considering that users might find this line of tablets boring without any new exiting features. All said, the tablet gets the job done and it is light enough to carry around. The All-new Fire HD 10 tablet remains our Editors’s Choice for basic tablets.