The Onda V820w 8 inch Tablet PC suffices as being among the most inexpensive dual-boot tablets in the market that delivers in terms of performance regardless of a number of flaws witnessed. The battery life of this device is a total turn-off, but if you can put up with a power bank, then you are good to go.

That is the case for the Onda V820w 8 inch Tablet PC which runs on both Windows 10 and Android 4.4. The tablet is powered by Intel Z3735F Quad Core 1.83GHz processor, 2GB of RAM memory and 32GB of internal storage. There is also an integrated Intel HD Graphic Gen7 Processor that makes playing games on this device a reality. If you are an average user who is on a tight budget but still wants to enjoy both Windows and android on a single device, then read along.

The Tablet PC comes in white color measuring 8.15 x 4.84 x 0.35 inches and weighing 334 grams which is relatively similar to its dual boot counterpart the Chuwi Hi8 Pro Tablet PC that measures 8.31 x 4.85 x 0.37 inches and weighs 350 grams. The 8-inch screen comes with a 1280×800 WXGA IPS display that does not come any close to the HD display. As such, the display quality has nothing to write home about but at least it offers some good viewing angles, excellent color and looks crisp considering it’s a budget price device.

The Onda V820w 8 inch Tablet PC is powered by Intel Z3735F Quad Core 1.83GHz processor and a 2GB DDR3L RAM of system memory is onboard. The combination gives the device the power needed to handle basic tasks and workloads such as web browsing, heavy writing and video streaming through Netflix and YouTube. There is 32GB ROM of internal storage that is expandable to 128GB with the purchase of an external MicroSD.

The device offers some snappy performance in android despite some lags here and there when it comes to windows 10. Its selling point is on its easy and quick dual-boot between the two Operating systems. However, the use of Android 4.4 in the age of the latest Android 5.1 is questionable, perhaps it is part of what makes the device affordable. The inclusion of Intel HD Graphics Gen7 GPU allows you to play games on the device but then cannot be any better to what we saw in the Chuwi Hi8 Pro Tablet PC that comes with Intel HD Graphics Gen8 GPU, which is much faster.

The connectivity department is well staffed with the inclusion of a micro USB slot for charging and transfer of data, a Micro HDMI port to connect to larger display screens and a 3.5mm Headphone jack. There is also a TF card slot, which is identical with the MicroSD slot, should you want to expand your storage space to a maximum of 128GB. For internet connectivity, there is 802.11b/g/n Wi-Fi functionality and Bluetooth 4.0 for sharing of files and data. It is important to note that there is no SIM-slot so you will entirely rely on wi-fi to access the internet.

The tablet has both the front and back camera. The front camera is a mere 0.3MP and the back camera comes at 2.0MP which is quite a disappointment. Conspicuously missing is the camera flash and you cannot focus manually with the camera. It is not that kind of a tablet you can use to take photos while indoors and even those taken outdoors lack detail and only does well for short distances only.

The camera supports BMP and JPEG picture formats. The tablet is also a big disappointment when it comes to sound quality, it might be good for VOIP but not listening to some good music. It however supports a range of music formats including AAC, MP2, OGG, WAV, and WMA and for Video format it supports 3GP and MP4. 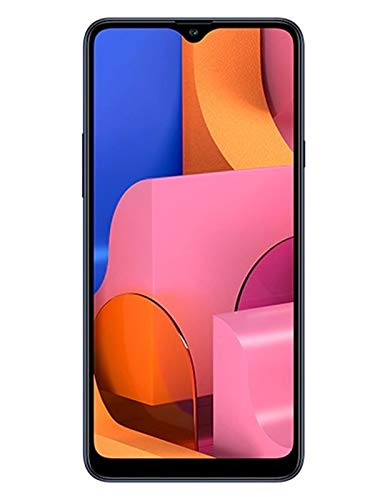 The battery life of the Tablet PC is in a complete mess, the device is only capable of offering some few hours of use time, around 4 hours to be precise. However, this can be improved with the engagement of the “battery saver” mode and reducing the brightness to get more of usage time. As if that is not enough, charging the device to full charge is one boring exercise as it takes around 7-8 hours for a full charge.

The Onda V820w 8 inch Tablet PC suffices as being among the most inexpensive dual-boot tablets in the market that delivers in terms of performance regardless of a number of flaws witnessed. The battery life of this device is a total turn-off, but if you can put up with a power bank, then you are good to go. However, the tablets fits well to AVERAGE users who are on a tight budget and it won’t disappoint. It will handle light tasks such as web surfing, watching videos, and gaming comfortably but then you may have to look for a smartphone to handle advanced tasks such as GPS usage and Camera.