Taken on its own, the TCL 32S327 is a perfectly good budget television with decent performance and offered at a very reasonable price., than most competitors from major brands that cost much more.

With budget-friendly TVs, you’re getting a surprisingly wide range of price and performance levels, and TCL somehow manages to sppan them all. The 2019 TCL 8-Series is the company’s premium QLED TV flagship that features high-end performance, along with Dolby Atmos and innovative mini-LED backlighting. The 3-Series sits at the bottom of the hierarchy, with screens of up to 49-inches and includes Roku Smart TV features. The series has a little sibling, the TCL 32S327, a good 32-inch television in its own right with a very friendly price tag and very good picture for a budget television.

This 32-inch television is not without its flaws, however, like mediocre backlighting, narrower color range and lack of support for Dolby Digital, but this set offers a lot for the money and it’s so affordable that you may not care.

The 32S327 is identical in design to the 55-inch TCL 55S425 we reviewed last week, just scaled down. Looking at it head-on, you realize it’s a simple, unassuming budget television, with half-inch glossy plastic bezels that taper slightly inward like a picture frame. The panel is supported by a pair of V-shaped plastic feet that keep it steady, but like all TV stanDs that use curved feet, you better keep it away from the edge to prevent it from tumbling forward.

Controls come in way of a four-way navigation pad that surrounds a central Power/Select button, located on the lower right corner. Like all Roku TVs we’ve reviewed, this one also has a fairly standard Roku-style remote. Its basically a short black wand with a purple navigation pad, with Power, Home, and Back buttons above the pad, and playback buttons right below. 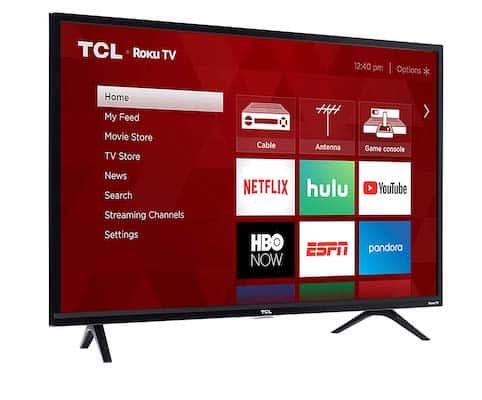 You also have four dedicated service buttons are at the very bottom of the remote, you can use them for one-touch access to Amazon, Netflix, Rdio and Vudu. This is an infrared remote, meaning it requires direct line of sight for the sensor, and it doesn’t have a headphone jack for wireless listening like the Roku 3 and Roku 4 remotes.

The power connector sits on the right side of the back of the TV. All other connections sit of the left side at the back, including: Three HDMI ports, a USB port, an antenna/cable connector, an optical audio output, a 3.5mm headphone jack, and a reset button facing outwards. A few more HDMI ports would’ve been nice, but it isn’t a deal breaker, considering that the Roku TV platform means you don’t need to plug in a separate media streamer. 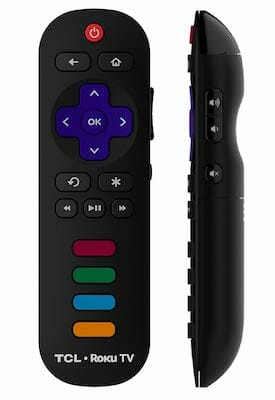 The Roku TV platform gives you access to hundreds of apps and streaming services, that are available through the Roku Channel Store. In fact, the selection is similar to what you find on a Roku Streaming Stick or other Roku media streamer. Here you find big names like Amazon, Google, Hulu, Netflix, and Sling TV are all there, along with more specific interest- and network-based services like Crunchyroll, HBO Go, Twitch, and the WWE Network.

The only preferred streaming service that’s absent is iTunes that’s only available on the Apple TV, all others are probably on Roku. Being a Roku TV, the TCL 32S327 supports the free Roku app for both Android and iOS. This app lets you use your mobile device as a remote, input text with your touch screen, look up content using voice, and even stream photos and videos from your device using Play On Roku.

The Roku platform isn’t quite as robust as, say, Google Cast, but it’s a handy inclusion in a budget TV. 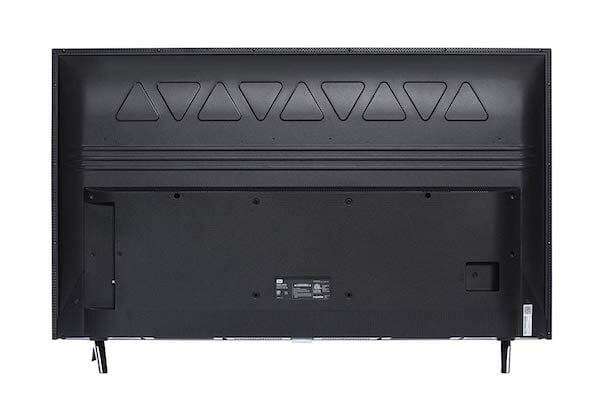 While the 32S327 doesn’t accept high dynamic range (HDR) content, its picture quality is impressive as compared to competitors in the same price point. It offers acceptable color accuracy that easily matches its larger 49-inch sibling, the TCL 49S325, making the 32-inch an impressive choice if you’re buying for a small living room or just need a simple bedside TV that doesn’t cost much.

Input lag (the amount of time it takes for a display to update after receiving a signal) is one area where the TCL 32S327 doesn’t really score well, showing an input lag of 38.4 milliseconds, but still much better than most budget televisions we’ve reviewed.

Taken on its own, the TCL 32S327 is a perfectly good budget television with decent performance and offered at a very reasonable price. It compares favorably with the Samsung UN32N5300AFXZA and Sony KDL32W600D, only that it costs much less that both competitors, but offers better performance and includes Roku Smart TV features. Its tiny price tag hides a not-so-perfect picture, however, especially when the slightly larger, 1080p version of the same model – the TCL 49S325, can be found for not much more, and offers superior color accuracy.

If you’re looking to stay under $200 and specifically want a 32-39-inch television, the Insignia NS-39DF510NA19 remains your best bet. It offers Fire TV platform which is equally up to the tasks as a Smart TV platform, looks great and isn’t very expensive.

On the other hand, if you don’t mind a few more dollars and a bigger screen, our Editors’ Choice for entry-level TVs the 55-inch TCL 55S425 is still a good deal if you’re looking to jump to 4K without paying a whole lot.

Yes. With the 32-inch TCL 32S327, you’ll spend much less, but you’ll get a vast improvement in contrast and Roku Smart TV features, rivalling models from far more expensive brands.