The Sceptre E225W-19203R is a good-looking monitor with a high resolution and a small form factor that make for a display that’s silky, crystal clear, tack-sharp and lots of other superlatives.

Right out of the box, the E225W-19203R looks like every other recent monitor from Sceptre. It’s the same sleek metallic profile, workplace design that you’ve seen on modern workspaces. There are some improvements to the overall design. It has narrower bezels, the screen nearly flushes with the screen, and the ports are easy to access. But other than that, it simply looks great, like any other monitor Sceptre has been making in the last few years.

Until you turn it on. This is a 22-inch monitor at 1080p, which is entirely common, but relatively rare in the 22-inch market. The result is a screen that is sweetly clear and sharp. But for office or gaming monitors, sharpness is only one side of the equation. How does Sceptre’s little lady stack up to the competition?

It’s important to point out that the E225W is a budget monitor. It’s priced at par with most of its competitors. Monitors in this bracket tend to prioritize savings and reliability over design and aesthetics, which is rather a shame, considering a monitor’s job is to be looked at.
Thankfully, Sceptre did no such thing with the 19203R.

The 19203R is one of the beautiful monitors in its class, full stop. With thin bezels, a solid stand, and a metallic black finish, the monitor’s design puts its nearest price competitors to shame. It even eclipses more expensive monitors like the more expensive LG 24M47VQ, a 24-inch monitor with a pedestrian design. Looking at closer competitors, the E225W has slimmer bezels than the Acer G226HQL, but not as visually interesting as the AOC 27B1H, an affordable 27-inch monitor with a 3-sided frameless screen.

The 24-inch panel has a maximum resolution of 1920 x 1080 and a 16:9 aspect ratio, meaning it can display full HD (1080p) without an issue. In addition to a FHD resolution, the monitor has a 5-microsecond gray-to-gray (G-to-G) response time, 250 cd/m2 peak brightness, and a 75Hz refresh rate. These features are quite standard in the budget category.

On the back, there are five small function buttons. Including the power switch which look like small white dots, located near the right bezel when looked at from the front side. Connectivity comes via a VGA port, two HDMI ports, a headphone jack and an AC power jack. The monitor has VESA support in case you need to hook it to a stand or wall. Also, the stand doesn’t allow for height, pivot or swivel adjustments.

The On-screen menu offers a nice selection of picture settings, although it doesn’t give you advanced six color adjustments that you get in more expensive gaming monitors like the Asus ROG Swift PG258Q. For the adjustments, the Standard setting gives the best overall picture, since the rest of the options are either too dark or overly bright.

Until recently, 60Hz was the gold standard for fresh rates – meaning a monitor could refresh 60 times per second, keeping pace with most games running at 60FPS.

Now, however, 75Hz monitors are becoming more and more common, especially in the budget category, and the E225W is one such monitor. With a 1080p resolution and 75Hz refresh rate, the E225W is built to keep up with most modern games played at high frame rates and still provide fairly smooth gameplay. Naturally, games like Overwatch and GTA V require Nvidia’s G-Sync, so you may just need to deal with some tearing.

For office users, gray-scale performance is fine, although it doesn’t deliver the same detail, you’d get with high-end IPS panels, such as the BenQ EW3270U. Viewing angles are good, not the best, though, but for a 22-inch monitor, it does a good job.

The panel’s 12.8-millisecond input lag (time taken for the monitor to react to a controller command) is fairly short, though it doesn’t beat the 10.6-millisecond standard for most budget monitors. The fastest we’ve had so far is 9.5 milliseconds from the BenQ SW2700PT.

The monitor consumes about 37 watts of power while set to Text mode and 33 watts while set to Movie mode and a paltry 32.7 watts in Power Save mode.

The Sceptre E225W-19203R is a good-looking monitor with a high resolution and a small form factor that make for a display that’s silky, crystal clear, tack-sharp and lots of other superlatives. But without getting into gamma and contrast settings, the monitor just looks great and works as it should.

There are other monitors out there which look better and are less finicky, but very few are this affordable, or available in this smaller size. Remember, 22-inch monitors with 1080p resolution are lately rare, so the E225W’s quirks might be worth it if you need a smaller display.

However, there’s always a better alternative if you’re willing to spend a little more and settle for a bigger screen. The 27-inch AOC 27B1H, for instance, is about $60 more. For that extra bit of cash, you end up getting a better contrast ratio, a widescreen display, and a 3-sided frameless design. It’s safe to say the E225W will last a long time.

As with any monitor, you have to weigh your needs against what the E225W offers. It’s a 22-inch monitor with a 1080p display for sub-$100 – much less than competitors. It’s a budget monitor and it might easily be the cheapest 22-inch monitor you can find. Given the price, performance, and clarity, it is a good deal even though it has some eccentricities. 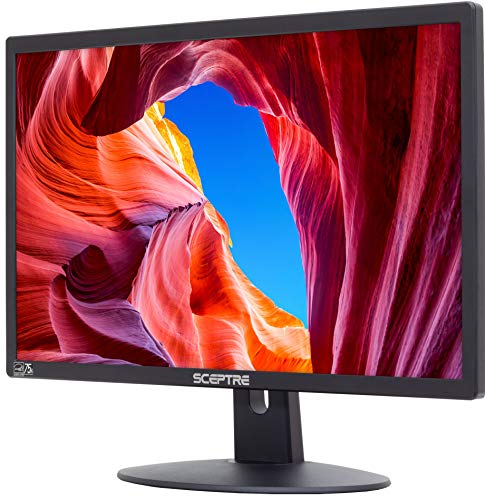