The Samsung Galaxy Tab 4 7.0 delivers a familiar TouchWiz experience that I can see appealing to less adventurous Android users who want something consistent.

This year’s update to Samsung’s mainstream tablet line, the Galaxy Tab 4, keeps the South Korean company’s tradition of tablets that get the job done, but offer very little in the way of innovation or even meaningful upgrades. The Galaxy Tab 4 is the smallest in the bunch, yes, it gets the job done, but offers little in form of innovation- the display resolution hasn’t been upgraded since the very first Galaxy Tab.

Its price tag is low enough to compete with some 8-inch and 7-inch tablet realm. What you get with the 7-inch model, just like other Galaxy Tabs, is a consistent user experience though not much exciting, but likely won’t disappoint most users. It is worth a long look for the Samsung loyalists-who are entrenched in Samsung media and services, but everyone else should look elsewhere.

Samsung gave the Galaxy Tab 4 a mild cosmetic facelift, bringing it closer to some design elements seen in the latest Galaxy smartphones. It features a more rectangular silhouette with a chintzy faux-chrome plastic trim outlining the Tab 4’s face. Finally the glossy place is gone, in favor of a textured faux-leather plastic, which is a polarizing look-well, some will like it, while others might find a bit cheesy. At At 7.36 by 4.25 by 0.35 inches (HWD) and 9.74 ounces, the Tab 4 is a nice size and I found it easy to grasp firmly in one hand. On the right side are Power ad Volume buttons, along with an IR-blaster as well as a microSD card slot covered by a plastic flap.

Even with the overwhelming shift towards full-HD displays, Samsung remains resolute to its tradition for its entry-level Tab line. We aren’t saying that the 1,280-by-800-pixel LCD panel on the Tab 4 is bad—in fact it has solid viewing angles and maximum brightness—only that it lacks the clarity to match full-HD standards in other tablets such as the Nexus 7 and LG G Pad. You may not notice the low pixel density (188ppi) until you get to text heavy apps or websites, and HD media content loses some luster too.

The Tab 4 is a Wi-Fi only tablet that connects to 802.11b/g/n networks on the 2.4 and 5GHz bands. It comes with onboard GPS and Bluetooth 4.0 LE, making it possible to hook it to Bluetooth speakers. on the back is a single port speaker, which doesn’t get loud or sound very good, and considering that it’s facing away from you makes it pretty useless. It is powered by a quad-core 1.2GHz processor and 1.5GB RAM, although Samsung aren’t providing th specific chipset information. Gaming performance on the Tab 4 may not be very impressive thanks to lower-than-average resolution, but games like Asphalt 8 are still playable if you can do with some choppy frame rates. It has 8 GB flash memory with an expansion slot of up to 64 GB, you also get 50 GB of Dropbox storage.

Like most Galaxy devices, Tab 4 is kitted with Samsung’s signature TouchWiz skin, running on Android 4.4.2 KitKat OS. In fact, features like split-screen multitasking are quite useful, and the system works quite well-I had no issue playing back a You Tube video on the upper screen while browsing Google Maps on the lower side.

Samsung’s helpful features such as Smart Stay and palm gestures are present on the Tab 4, a built-in IR blaster makes WatchOn more versatile. It lets you control a wide array of home theater equipment, as well as browse local TV listings. Battery performance is at par with most tablets of between 5-6 hours depending on the apps running. Samsung decided to include a pair of anemic cameras-even by tablet standards. It has a rear-facing 3-megapixel camera, and a 1.3-megapixel front-facing camera and nothing much. Video resolution tops out at 720p, and while frame rates generally hold steady, details look waxy and anything but ideal lighting produces grainy results.

Samsung’s Galaxy Tab line is a case study in “if it ain’t broke, don’t fix it.” Every year Samsung churns out updated software but very mild hardware refresh and so little that distinguishes it from it predecessors or peers. The Samsung Galaxy Tab 4 7.0 delivers a familiar TouchWiz experience that I can see appealing to less adventurous Android users who want something consistent.

It’ll suffice for most needs, but the Tab 4 8.0 is an update for update’s sake. The LG G Pad 8.3 is a more capable device, and if you are not married to the Samsung tablets, we still recommend the Nexus 7 as our Editor’s Choice for small-screen tablets thanks to its better display, cleaner software, and of course lower price. 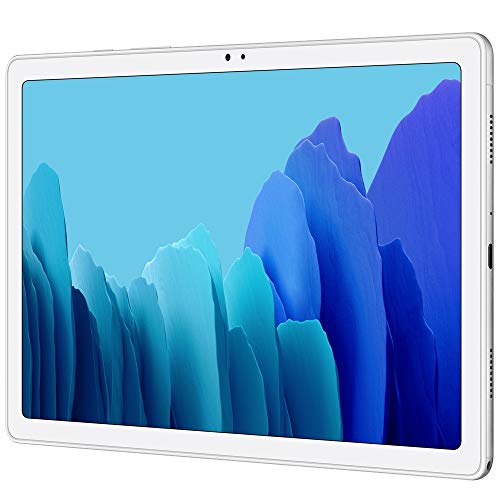