Home » Samsung Galaxy S9: May get a bigger battery, bigger than S8
News

Samsung Galaxy S9: May get a bigger battery, bigger than S8

The Samsung Galaxy Note 8 is warming into our pockets, but we’re already getting rumors of the next flagship phone by the Samsung Town folks, the Samsung Galaxy S9. More interesting is the news that it may have a bigger battery, than what you have on the Galaxy S8. New motherboard technology being pushed by Samsung will make it possible.

Korean media ETNews report that Samsung is posed to push some boundaries next year, and that points at the new flagship smartphone. According to the source, the S9 might have a new type of motherboard, running on SLP (Substrate Like PCB) technology. With SLP, manufacturers can fit more components onto a single board by simply lowering their footprint, thus allowing for additional layers of components. Still, the board size is maintained.

With the new type of motherboard, Samsung will possibly have more room for a larger battery. The source claims this will only be relevant for the Exynos variant of the Galaxy S9. So, it will not be working on the Qualcomm Snapdragon versions of the S9.

A step in the right direction

If Samsung gets everything right with this technology, it will be a major breakthrough in matters battery life, though they might easily decide to focus only on an Exynos version of the next release –everyone would want better battery life. It will be interesting to see better battery life, than what you’re getting in the Galaxy S8 without making the device bigger for our liking.

It also means that the Galaxy S9 Plus might also benefit from an even larger battery, than the Galaxy S8 Plus. The bigger battery being pursued will make the device last longer, but won’t make it bulkier at all. However, the Qualcomm versions will still do with the less-efficient HDI (High-Density Interconnect) technology.

Previously, Samsung separated the Qualcomm variants (sold in the West) from the Exynos versions sold as the global version. Both had a few performance differences as well. If the next two flagship variants will use different motherboards, it means they will come with different sized batteries. They might as well have different sized bodies (the Qualcomm version being bigger to accommodate the same size battery). 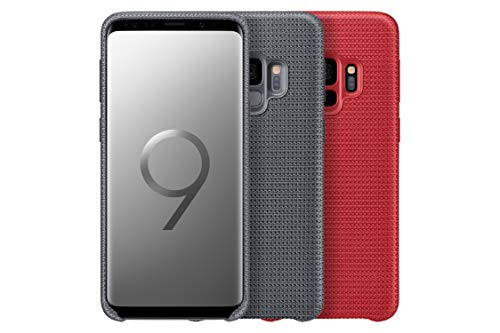 Simply said, better battery life is what we all want now, since all factor are getting constant. Consider the screen sizes and camera quality on the latest flagship phones, not much difference. If you look at the iPhone X and Samsung Note 8, you’ll be hard pressed to think that the next releases will be similar in every other aspect if anything disruptive is launched before next the expected 2018 release.

What do you think of a Samsung Galaxy S9 with different battery sizes for different markets? Will Apple counter with anything better? Now, it’s a wait and see!