There are several entry-level gaming systems currently available, but the MSI GE72 APACHE-235; 9S7-179211-235 looks to be among the best in the bunch right now, with class-leading 3D performance numbers and gamer-friendly features, like the Steelseries keyboard with multi-colored backlighting.

Gaming is growing by leaps and bounds, with PC gaming, in particular shaping a new but growing segment in the PC market. As such, it’s no surprise to see more mainstream manufacturers aggressively getting into the game with serious gaming rigs. Case in point: the MSI GE72 APACHE-235, one of MSI’s first purpose-built gaming laptops in 2015. It’s equipped with an Intel Core i7 processor, 16GB of memory, a 1 TB hard drive and Windows 10 pre-installed.

Our review unit brought to the front a few drawbacks, like the short battery life and scads of bloatware, but are outweighed by good connectivity, a superb 17.3-inch screen, and very good benchmark scores in our tests. For users who want to start gaming on a serious level, this is a solid laptop for you, although it doesn’t pull the extremes to replace the Acer Aspire V15 Nitro as our Editors’ Choice for entry-level gaming laptops.

The GE72 is a sleek, black laptop, measuring about 3.50 by 14.50 by 23 inches (HWD) and weighing 6 pounds. It has a red accent stripe on its front, and a red G Series badge on the lid with a dragon on it. As if this isn’t enough bling, the system’s Steelseries chiclet-style keyboard has multizone backlighting that is decidedly colorful.

It’s set to a rainbow effect out of the box, but you can change it to one color or turn it off completely with a pre-installed utility. There’s a full numeric keypad, but the keys on it are a little bit narrower than usual because they have to fit on a 17-inch laptop. The touchpad below the keyboard has physical mouse buttons, which are easier to find in the heat of gaming than on a one-piece touchpad.

The 17.3-inch LCD screen uses embedded DisplayPort (eDP) technology, which gives the system a more direct connection to the graphics card. It is bright, with a full HD (1,920-by-1,080) resolution. Built-in speakers, including a subwoofer, offer good output, capable of filling a medium-size room. The sub won’t shake the walls with bass, but it’s sufficient for games and watching films. The system’s rear-facing fans can be heard when you are taxing the system playing games, but it’s not overbearing.

There’s good connectivity, including an Ethernet port, a headset jack, an HDMI port, microphone jack, a mini DisplayPort, an SD card reader, one USB 2.0 port, and three USB 3.0 ports. A DVD burner is present for older game titles and when you want to watch movies. 802.11ac W-Fi and Bluteooth 4.0 handle wireless connections. Using the HDMI and mini DisplayPort, the system can support two external displays simultaneously. 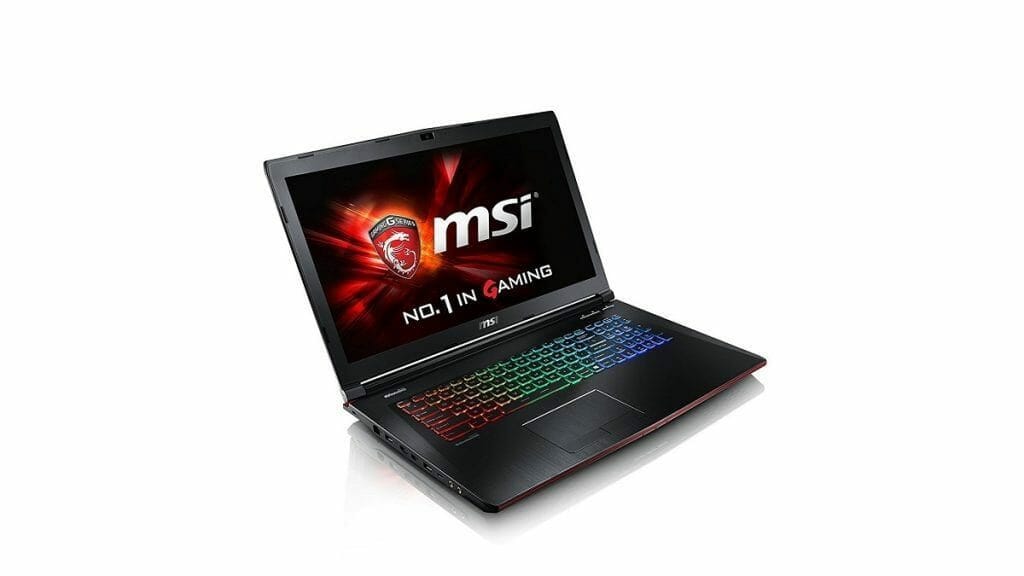 Storage consists of a 1TB (7200 rpm) hard drive, which is certainly adequate. However, other systems, like our Editors’ Choice entry-level gaming laptop, the Acer Aspire V15 Nitro and the pricier Razer Blade come with both a speedier SSD for bootup and an HDD storage drive. The GE72 Apache was the top scorer among similarly priced systems at the 3DMark Cloud Gate (17,174 points) and Fire Strike Extreme (2,399) tests, but again the others were close behind.

The MSI GE72 APACHE-235 is outfitted with a 3.5GHz Intel Core i7 5700HQ quad-core processor, a slightly more powerful processor than the Intel Core i7 4720HQ found in both the MSI GE Series GE70 Apache Pro-681 and ASUS ROG G751JL but with the same 16GB memory in all the systems. Performance is boosted by the NVIDIA Geforce GTX960M which is based on the Maxwell core, made for entry-level and midrange gaming systems but the GE72’s 15.6-inch model the MSI GE62 APACHE-276 shares the same graphics card but comes with 12GB memory.

Thanks to the subtle graphics, the GE72 Apache gains butter-smooth frame rates on our Heaven (85 frames per second) and Valley (85fps) tests at the Medium settings. When pushed to Ultra settings at 1,920-by-1,080 resolution, those numbers drop to still respectable levels (26fps in Heaven; 31fps in Valley). The Acer Aspire V15 Nitro falls behind a bit (22fps in Heaven; 25fps in Valley). That said, you’re unlikely to notice the difference between the Acer and the MSI models at the Ultra settings. The Lenovo Y50 Touch and Lenovo Y70 Touch are both in the same ballpark as well.

Essentially, you can claim to have a faster gaming rig with the GE62 Apache, but only by a small margin. The SSD-equipped Acer Aspire V15 Nitro was a bit faster. The MSI system was also average on the Handbrake (1 minute 18 seconds) and Adobe Photoshop CS6 (4:06) tests, but this average is really good among its ilk, thanks to the gaming rigs’ Core i7 processors. Basically, any of the entry-level gaming laptops are excellent for everyday use, as well as photo and video editing tasks.

Battery life is a bit shorter than the competition: 3 hours 15 minutes on our standard rundown test. The Acer Aspire V15 Nitro lasted almost an hour more (4:10), and the Lenovo Y50 Touch even bests that (4:33). It’s good enough for a movie session, but keep the AC adapter hand when you’re playing.

There are several entry-level gaming systems currently available, but the MSI GE72 APACHE-235 looks to be among the best in the bunch right now, with class-leading 3D performance numbers and gamer-friendly features, like the Steelseries keyboard with multi-colored backlighting. With a solid component selection and feature list matched by excellent performance, it makes a good run at more expensive systems, like the MSI GS60 Ghost Pro 3K at a good price. However, the Acer Aspire V15 Nitro remains our Editors’ Choice. It’s relatively less expensive, comes with a speedy SSD, and delivers an hour more battery life. 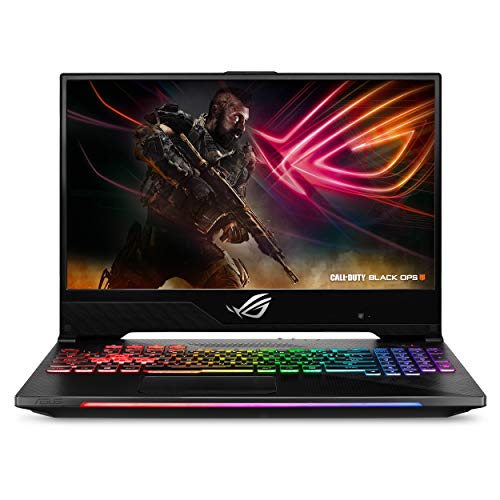