The MSI Gaming 24GE is one of only a handful of specialized gaming AIO systems, but we see the potential for others to join the party. It's also going to give you a better game experience than mainstream AIO desktops like the Lenovo B50, especially at full HD resolution. 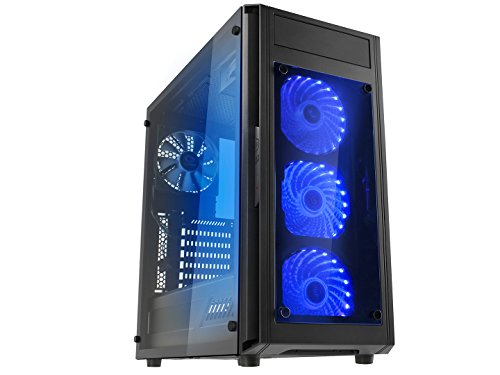 Gaming PCs, both desktop and laptop, have been undergoing something of a renaissance over the past one or two years. This has seen the gaming category grow in sales while other categories plateau or even decline. The MSI 24GE 2QE-014US emphasizes that an ideal gaming desktop doesn’t always have to be huge or a small-form factor (SFF) with replaceable graphic cards.

It ticks off the requisite component checkboxes with an Intel Core i7 processor, a mainstream, enthusiast-level Nvidia GeForce GTX graphics, and a solid-state drive (SSD) for quick boot ups and app launching. This third-generation model shows a lot of promise, and it’s certainly fast enough to play games at full HD resolution.

The Gaming GE24 is relatively smaller (just under 24 inches) and costs less than its big-brother from MSI, the 27-inch MSI G Series AG270 2PC-006US and even the MSI AG2712A series gaming AIO desktops. The system is built into the monitor chassis, which is in turn supported by a stand mounted on a tilting hinge, similar to what we’ve previously seen on the Apple iMac or the Acer Aspire Z Touch.

This is quite an improvement from previous MSI models that have simpler easel-style supports. The system measures 16.75 by 23 by 7.5 inches (HWD) and weighs about 21 pounds, so it will fit neatly in a cramped dorm room or bedroom.

Connectivity is a mixed bag. The SD card slot and the two USB 3.0 ports are conveniently located on the left side of the chassis. However, the other I/O ports are on the back and are oriented vertically, which makes it a challenge to plug in any cable, unless you’re a contortionist. They include an Ethernet port, a headset jack, an HDMI-in port, an HMDI-out port, a microphone jack, a USB 2.0 port, and two USB 3.0 ports.

The placement of the headset and microphone jacks is particularly problematic, because gamers will want them to be accessible at a moment’s notice. On the plus side, the Ethernet port connects to a Killer E2200 gaming optimized LAN card, and the HDMI-in port lets you plug your Playstation 4 in so you can use the system as a monitor.

A wired keyboard and USB mouse are responsive, but the backlit keyboard has an odd layout, with a finicky space bar and an L-shaped European Return key. I was constantly hitting the Backslash key instead of Return, since I’m used to the long, rectangular American Return key. The keyboard has a key to switch the backlight color, so you don’t have to use a software utility to do so. An eclectic software mix is a hallmark of MSI Gaming desktops and laptops.

In particular, the system has the Splashtop Streamer app and the XSplit Gamecaster app installed. Splashtop Streamer will let you remotely control another Mac, phone, PC, or tablet in your home. You could theoretically start a game on your tower PC in one room, then continue to play it on the Gaming 24GE in another room. Splashtop is free in-home, with a $16.99-per-year subscription for remote control out of home over the Internet.

Upgradability is non-existent, but that’s to be expected, since the system is so compact. There’s plenty of space for downloaded movies on the 1TB data drive, but not a lot on the 128GB boot SSD. Some games just won’t let you install their files on the data drive, so 128GB can get cramped fast unless you rotate your active game list. You can’t add to the system’s 16GB of memory, but it’s more than adequate for any 3D game. You can certainly keep a game or two active in separate windows, while simultaneously surfing the Web and communicating via Google Chat.

Gone are the days when gamers used to disparage the idea of a gaming all-in-one because of the compact design that prevents them from upgrading to new graphics card when need be. Honestly, if you upgrade your graphics yearly, you’ll still want to buy a tower or SFF gaming system, but many gamers will be satisfied with the power of the Intel Core i74720HQ and Nvidia GeForce GTX 960M graphics in the Gaming 24GE. With some tweaking, you should be able to play games at satisfactory full HD resolutions in medium-quality settings and even playable levels at Ultra-quality settings for most modern games.

The system performs better on Heaven and Valley benchmarks than the Lenovo B50, our Editors’ Choice midrange all-in-one desktop, although the latter scores in terms of HD and general gaming renditions. That said, other systems like the Maingear Vybe (2015), our top pick for midrange gaming desktops, the ASUS G20AJ-US009S Desktop, and the Lenovo Erazer X510 still offer a lot of smooth game play. the older MSI AG270 is a smidge faster thanks to its slightly more powerful Nvidia GTX 870M graphics. The Gaming 24GE’s performance is therefore adequate, but it still lags behind most of the traditional midrange gaming PCs.

The system comes with a bright, 23.6-inch, In-Plane Switching (IPS) display that offers a 1,920-by-1,080 resolution and a 10-point touch screen. Game and movie visuals are clear, and the IPS panel gives you a wide viewing angle. That’s an improvement over the older MSI AIO gaming systems, which only look good when viewed from head on.

Sound from the speakers are good enough for watching movies in a quiet room, but we recommend a gaming headset if you’re in a large or noisy space. I have watched multiple trailers and videos using the built-in Blu-ray drive, and I have no qualms about recommending the system as a compact entertainment unit.

The design of an all-in-one desktop PC seems like a good choice for gamers, since it will fit in a cramped dorm room or a closet-size den. The MSI Gaming 24GE is one of only a handful of specialized gaming AIO systems, but we see the potential for others to join the party. It’s also going to give you a better game experience than mainstream AIO desktops like the Lenovo B50, especially at full HD resolution.

However, if you’re a hardcore gamer looking to spend less, a separate gaming PC like the Maingear Vybe (2015) will still give you smoother animation and gaming experiences overall. The MSI Gaming 24GE is certainly a good AIO desktop if you’re just starting out with gaming. Call it a step in the right direction. 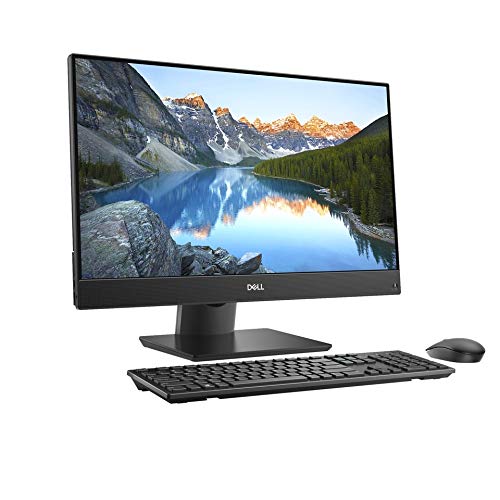