The new LG 27GN800-B is part of the company’s UltraGear Series, and it got lots of exciting features for gamers and creative professionals – particularly, the high refresh rate and a wide color space.

This 27-inch IPS panel is designed for gaming, and the 2560 x 1440 pixels – QHD resolution is a clever compromise to keep the price low, but it also means that current game titles will be rendered at higher quality setting.

The monitor’s 144Hz refresh, 1ms response rate and 350cd/m2 peak brightness come handy during long gaming sessions, and the same comfort extends when you want to use the monitor for media creation tasks.

On design, this gaming monitor has gamers at heart, but with a different design from the LG 27UN850-W UltraFine monitor that we reviewed a few days ago. A beaming RGB ring at the back of the monitor, where the base attaches to the panel, makes the monitor look exquisite both on the front and back. LG calls the LEDs Sphere Lighting 2.0, but whichever position you decide to view it from, it still looks nice.

The 3-side virtually borderless display offers wider viewing space, and the rear LEDs look bright enough to bounce off nearby walls or the surface of your monitor. Apart from the light flashes, the rest of the monitor is textured plastic, supported by a V-shaped stand.

Port selection is good: a pair of HDMI ports, a DisplayPort and a headphone out jack – but its 38-inch sibling, the LG 38GL950G-B lets you connect your PC to the monitor via upstream USB 3.0 (Type-B) ports, and it also includes a pair of downstream USB 3.0 port, that you can use to charge a smartphone and other gadgets.

The LG 27GN800-B UltraGear is a midrange gaming monitor, but it can easily shine as a productivity screen as well. In fact, you can easily mistake it for a TV, given its fairly wide 16:9 aspect ratio, which renders quality picture across a wide canvass.

Back to gaming, this monitor has its credentials in order, top in the list being the bright QHD resolution, a 144Hz refresh rate and of course the 1ms response rate that’s a boon on fast-paced games.

In addition to decent gaming potential, the 27GN800-B supports adaptive sync – Nvidia G-Sync compatible with AMD FreeSync Premium support, and that makes a lot of sense for such a high resolution. For instance, in games like Metro Exodus, you’ll be averaging 50 fps, but thanks to G-Sync, everything feels like you’re playing at the native frame rate.

Screen tearing is a common issue when gaming, but adaptive sync technology like G-Sync helps minimize tearing which occurs when the game’s framerate doesn’t match the monitor’s refresh rate. As such, a G-Sync display like the LG 27GN800-B UltraGear has a variable refresh rate and can sync its minimum and maximum refresh rates, resulting in smooth game play.

A simple design, a gamer look and clear display is what you’re getting with the LG 27GN800-B UltraGear gaming monitor. To that, it adds gamer-centric features and performance including a 144Hz refresh rate, G-Sync compatibility, 1ms response rate, QHD (2560 x 1440) resolution and a wide aspect ration (16:9). That’s pretty much you’d expect from such a beautiful monitor offered at a reasonable price.

Like all other monitors, our review unit has a few flaws that are painful to ignore, especially the lack of USB ports and built-in speakers, but those are not deal-breakers as they don’t compromise performance at all. Again, there are far cheaper options like the Sceptre C275W-1920RN with the same features and even better looking, but still the 27GN800-B has some allure that makes it unique and mesmerising.

That said, the LG 27GN800-B UltraGear is a good monitor and your games will be rendered beautifully on an immersive widescreen, and movies equally look great, if not as good. For gamers and creatives looking for an affordable QHD IPS monitor that looks great and performs well, here is a perfect choice. 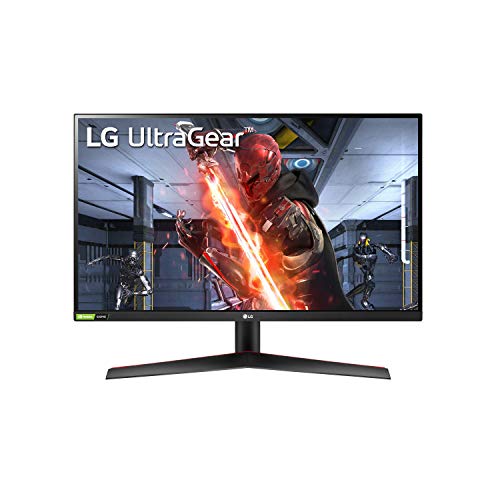 in stock
SEE IT
Amazon.com

Prime Day deals begin on June 21 and will last an entire 48 hours. However, we are already seeing ...