The Insignia NS-39DF510NA19 is a Fire TV-powered HDTV that combines solid performance with lots of connected features and services at a very reasonable price.

Up until recently, budget HDTVs haven’t been the most exciting lot. Thanks to Fire TV and Roku TV platforms, however, you can now get a really big HDTV loaded with even a 4K resolution at a very affordable price, which is a pretty exciting prospect. The Insignia TV (NS-39DF510NA19 model) we’re reviewing is loaded with Fire TV, although not the most eye-catching HDTV around, it does offer relatively solid performance and a very-budget friendly price makes it an exciting choice.

The NS-39DF510NA19 retails for slightly less than the 50-inch TCL 4 Series 50S455, our favorite for budget 4K TVs. It delivers fairly accurate color reproduction for the price, and better contrast makes it an appealing pick in the budget HDTVs line.

Like most low-cost HDTVs, the NS-39DF510NA19 is simply designed with a screen size ideal for small rooms. The LED display is surrounded by a simple half-inch glossy black plastic bezel, with an Insignia logo in the lower bezel, and a protrusion on the lower-left edge holding the power indicator and remote sensor. The screen stands on a pair of V-shaped feet that face inward holding it up very stably.

Around the back, there are three HDMI inputs, a USB port, and an optical audio output facing the left edge. There is also an Ethernet port, antenna/cable connector, and an RCA composite video input facing downward, in the same location. On the lower right corner of the back of the TV, there is a power/input combo and other buttons for physical controls.

Included is a Fire TV remote that is customized for TVs, which is a bit larger and more complex than the common voice remote included with Amazon Fire TV media streamers. The design remains the same, though, a slim black plastic wand with a prominent glossy black circular navigation pad. Just above the pad, there are three menu buttons and another three playback buttons sit below the pad, with the power and microphone buttons sitting on the top of the remote near a pinhole mic.

Apparently, that’s the standard layout for Fire TV streamer remotes, but Insignia does add a volume rocker, and live TV button below the playback controls. Plus, there are dedicated buttons for Amazon Prime Video, HBO, Netflix, and PlayStation Vue. The remote sends signals via infrared alongside Bluetooth, meaning you can use it to control the TV if the Bluetooth connection drops, without necessarily needing to re-pair the remote.

For you to get the most out of Fire TV features, you’ll need to sign in with your Amazon account, which is very typical of Fire TV streamers, which are built around using your account for transactions like purchasing apps and renting media. However, on the Insignia Fire TV Edition, you don’t absolutely need an Amazon account to use the TV. There is an optional Basic mode that lets you use the TV as a TV, without access to most streaming features in the interface, but providing access to the TV’s varied inputs.

Still, most of us would want to use our Amazon account to access the full features on the Insignia Fire TV Edition, bearing in mind how robust it is as a smart TV platform. For instance, it lets you access most streaming services, including Amazon Video and Music, Hulu, Netflix, Sling TV, Spotify and Twitch. Curiously, Google Play Movies & TV as well as Google Play Music are absent, and YouTube loads only via the Firefox or Silk web browsers.

Not surprising at all, while the Fire TV OS is ideally based on Android, rarely do you see Amazon and Google get along much on content. The Fire TV includes access to the Alexa voice assistant, which you can easily use on the Insignia Fire TV Edition by pressing the microphone button on the remote and speaking into it. Sure, it may not be hands-free as the Echo or Echo Spot, but it’s still functional out of the box with the press of a button.

For an entry-level, budget HDTV, the Insignia NS-39DF510NA19 performs as it should. The 39-inch model doesn’t support high dynamic range (HDR), which is only available in the 4K Series (43”, 49”, and 55”) of the same model. With that, it does not offer a particularly wide color gamut and doesn’t exceed broadcast standards with reds appearing undersaturated. As for the colors, they are balanced and not tinted, though very vivid something we always expect from a 1080p panel with a 60Hz refresh rate.

This level of performance is common in budget TVs, and almost at par with TCL’s 6 Series. Look at it, while the Hisense U8H costs slightly more than the 55-inch Toshiba 55LF621U19 Fire TV Edition, it does offer a better picture in every other way, with great contrast ratios thanks to a much brighter panel that can reproduce a 0.01cd/m2 black level, and a much wider color range. However, that holds true for the bigger models, but color production on the smaller 32-inch models and below remains almost the same.

Despite the average contrast and limited color range on the Insignia Fire TV Edition, BBC’s Life Story looks vivid and very detailed. You can easily pick fine details like fur and leaves at very sharp detail, with colors looking natural and balanced. Only that they aren’t as nearly vivid as they are on the TCL 6-Series.

Input lag (time between display receiving signal and updating screen) isn’t impressive at 70.6 milliseconds in Movie mode. Changing the mode, for instance into Game mode, will give you a reduced input lag but it eats on the general picture quality. Not a worthy trade-off.

Viewed under normal conditions, the 39-inch set will consume 86 watts of power. The Insignia Fire TV Edition doesn’t have any significant power saving modes other than the normal backlight dimming, of which it reduces consumption to 63 watts, and reduces screen brightness considerably. 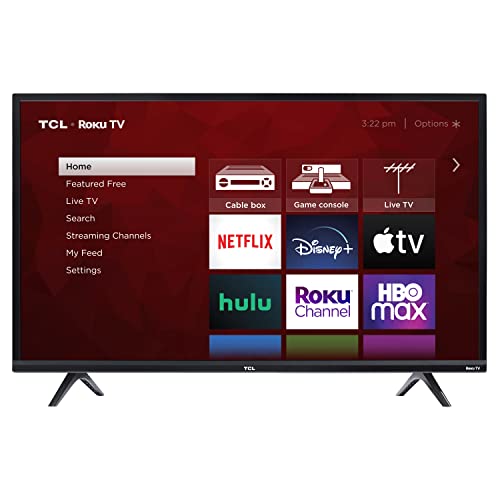 Should I buy the Insignia TV?

The Insignia TV (NS-39DF510NA19) series might not offer the best picture you can buy, but for a 39-inch HDTV loaded with streaming features thanks to Fire TV platform, it is a deal you can’t beat. If you’re in the market for a big screen for a low price, it should be at the top of your very short list.

Of course, at this price point and in its category, the list should consist of mostly Roku TV models like the excellent TCL 55R617. The Insignia TV (NS-39DF510NA19) has a slight edge in price, but no matter which Roku TV or Fire TV you pick, you can be certain you’ll have lots of connectivity and services.