The HP 15-F211WM is a decent, if unexciting value laptop. It offers decent battery life that can keep you powered through most of a school day, plus its budget pricing won't leave you gasping for air. Take a look at the system if you really need to save money over all other concerns, but note that buying a system with extra performance oomph will mean digging deeper into your pockets.

The HP 15-F211WM is a good, not great buy, for users on a budget but have the unhesitant need to try Windows 10 on a touchscreen. It’s a full-featured 15.6-inch laptop that scores where it really matters. It has decent battery life, but otherwise has mediocre performance numbers. It’s designed to be a workhorse alternative to the more common inexpensive tablets and Chromebooks that have flooded the market since last year.

Still, it isn’t a perfect value PC, considering its middling Intel Celeron N2840 processor, that doesn’t stand to the competition of the likes of the non-touch ASUS F555LA-AB31 and the Dell i3542-6003BK Touch, both in the budget laptop category but powered by relatively faster Intel Core I 3 processors. But if you may be able to overlook the occasional wait for your PC to finish the tasks you’re performing, then here are our two cents on the budget HP 15-F211WM Touchscreen laptop.

The HP 15-F211WM has a pretty standard look. The design is meant to appeal to most of the population, so it adorns basic looks with a glossy black visage. Just like other 15.6 inch laptops, the screen dictates the size of the chassis, which is which is 1 by 15.6 by 11.5 inches (HWD), and the system weighs about 4.8 pounds.

It’s a little heavy than most ultraportables, but it’s certainly portable enough and can be stashed into a backpack for home or college campus. It comes with an island style keyboard with full numeric keypad, which may come in handy if you’re entering a lot of numbers, like in actuarial or engineering programs. The keyboard isn’t backlit, but that’s okay since the system is so inexpensive.

The HP 15 has a textured surface on its trackpad, which can help keep it from feeling tacky if you use the system while munching on cheese puffs, for example. The multi-touch trackpad supports Windows 10 gestures which is quite handy if you’re on a long project and need as many shortcuts as possible. The touch screen has nothing much to offer users who have interacted with more premium touch screens, but for starters it does look promising.

Ideally, with Windows 10 preinstalled you might realize that you don’t need a touch screen as much. The display supports 1,366-by-768 native resolution, sufficient for 720p HD, though 1080p HD will have to be scaled down for the screen. The system is certainly powerful enough to view both types of HD video from online sources.

The system has a decent amount of connectivity, with two USB 3.0 ports, one USB 2.0 port, VGA, Ethernet, and HDMI. In most systems, USB 3.0 ports are more commonly molded in blue plastic to help you tell them apart from the slower USB 2.0 ports. The system also has a SD card reader and DVD burner. The DVD contributes to the thickness of the system, but may be important for casual users that still want to use older programs found on DVDs or CDs.

Outfitted in the HP 15-F211WM is a 2.16GHz Intel Celeron N2840 Dual-Core processor (turbo 2.58GHz), which is essentially a basic mobile processor. It is paired with 4GB system memory (can be replaced with an 8GB stick since it sits on the only available DIMM) and Intel HD graphics. These components translate into decent, if uninspiring performance on daily tasks such as web browsing, paper writing, emails among other light computing needs. The HP 15 is certainly slower than Core i3-powered systems like the ASUS F555LA-AB31 and the Dell i3542-6003BK Touch, or even the higher end Core i5-powered Toshiba Satellite C55-C5241.

For day-to-day computing tasks whether at school home/office, it suffices as a good bet with budget in mind although complex tasks may slow it down occasionally. That said, the HP 15-F211WM is still faster than the Pentium processor-powered Dell Inspiron i3552-5240BLK. The Pentium CPU keeps the Dell system at the back of the pack with almost excruciatingly long basic computing processing times.

The HP 15-F211WM comes with 4GB of memory and a 500GB (5400rpm) hard drive. The 4GB is a good amount, and more memory lets you open more tabs simultaneously or multitask running several programs at once. The system promises up to 6 hours of battery life, which is quite OK for a touch-enabled device, although it isn’t the best as we have ultrabooks in the market with longer battery life.

The HP 15-F211WM is a decent, if unexciting value laptop. It offers decent battery life that can keep you powered through most of a school day, plus its budget pricing won’t leave you gasping for air. Take a look at the system if you really need to save money over all other concerns, but note that buying a system with extra performance oomph will mean digging deeper into your pockets. That said, if you’re not overly excited about the touchscreen, then it’s possible that you can take a long look at the Core i3-powered ASUS F555LA-AB31 or even the Dell i3542-6003BK Touch, our Editors’ Choice for entry-level budget laptops. 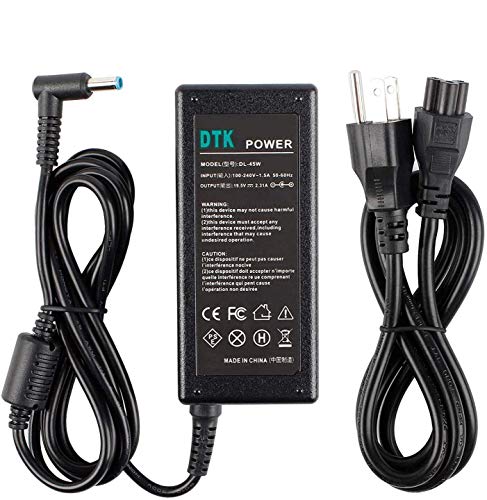