If your printing needs aren’t unusually complex, the Brother MFC-L2700DW is a monochrome laser multifunction printer (MFP) that will get the job done for much less. It offers good printing speed and decent paper handling, making it a suitable choice for a micro-office or heavy-duty personal printing.

The Brother MFCL2700DW is a capable midrange monochrome laser all-in-one printer, that’s ideal for micro offices and small workgroups. If you sometimes have the need to do some personal heavy duty printing, here is something you should be having at the top of your list. It has generous paper handling capacity hat’s highly expandable, with above average text print quality.

Like the Brother MFC-L5700DW, it’s inexpensive and small enough to share a desk, and its built-in duplexer makes it even more appealing. It does offer mobile printing, which is more than acceptable considering that most folks now prefer printing from phones or tablets quite often.

At 16.1 by 15.7 by 12.5 inches (HWD) and weighing 24.9 pounds, the MFCL2700DW is a perfect match for most worktops, and will fit comfortably on the average desktop and just light enough that you might not need help getting it out of the box. Standard paper handling capacity on this printer is 250 sheets, which is manually fed, but it does have a built-in duplexer, which comes handy when you need to do two-sided printing.

Unlike other Brother models that come with the option of upgrading the tray sheet, you can’t upgrade it down the road if need be. For instance, the Brother MFC-L5700DW gives you the option to add up to two 250-sheet or 520-sheet cassettes, in any combination.

If you operate a small micro-office, the MFCL2700DW’s paper handling for scanning if one of the best you can ever get at this price range. Particularly, I was impressed by the letter-sized flatbed which fits almost anything you need to scan. To that, Brother included a 35-sheet ADF (automatic document feed), with capacity to handle up to legal size-size paper. Let’s face it, for a small office, the printing and scanning needs aren’t far-much apart, and with a printer that offers exclusive versatility most of your needs are met.

Setting up the printer to a network is pretty straight forward. In fact, it will take a couple of minutes connecting it via Ethernet, you have the choicer of Wi-Fi and you’re ready to print. The printer includes a number of MFP (multifunction printer) features including: the ability to print and fax over a network, scanning as well as the capacity to function as a standalone copier and faxing machine. With a 250-shet input tray, this printer will certainly meet the printing needs of most micro offices; and, the ability to print over a network makes it a worth choice to consider. Still, you can print from your phone wirelessly using AirPrint or Google’s Cloud Print among other apps.

Brother bills the Brother MFCL2700DW at 27 pages per minute (PPM), but anything above 24 ppm is still acceptable for an entry-level printer. For starters, this are the speeds you expect when printing documents or other files, especially those that do not require any special processing.

For speedy printing needs, you might consider the Samsung M2070FW, which delivers relatively faster duplex printing; though if you mostly do one-sided printing, then you can as well consider the Canon MX492–though in duplex mode it isn’t any better than the MFCL2700DW.

For basic use for small business consumption, the output quality is good enough, though not the best we’ve seen in its class. Still, the quality falls within the confines of recommendable monochrome laser printers, though towards the low end of the MFP range.

In testing, the text quality was very acceptable, as long as you don’t have the unusual need for small fonts. Graphics are good for personal use, but it isn’t something you might consider giving to a client. Also, you can print recognizable images from photos, and it ends there, nothing more demanding. 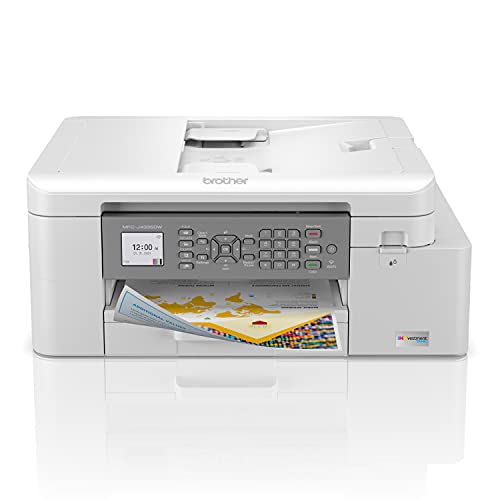 The Brother MFCL2700DW is fast, and it prints text as well as or better than several higher-priced competitors. In addition, the Brother model’s cost per paper is comparable low. Besides, it comes sans mobile printing and scanning, which is now becoming standard among most MFP nowadays. Still, you can print from your phone wirelessly using AirPrint or Google’s Cloud Print among other apps.

Therefore, if you need mobile printing and higher printing quality than the MFCL2700DW offers, the Samsung M2070FW   looks like a definite safe bet. However, the Samsung printer also comes with its own rough edges including lower paper capacity, which make it less ideal for a micro office or even heavy-duty personal printing. That said, if the Brother MFCL2700DW’s output quality is a non-issue to you (or good enough for your needs) then is one of those printers that subtly balances paper handling, printing spend and standalone MFP features, that deserves to be at the top of your list.