Gaming laptops have become as powerful as it gets, delivering desktop-level performance for much less. Still, some cost more than desktop PCs with similar components, but for the hefty prices, you get top-notch performance and the much-needed portability.

Gaming laptops have become as powerful as it gets, delivering desktop-level performance for much less. Still, some cost more than desktop PCs with similar components, but for the hefty prices, you get top-notch performance and the much-needed portability. While not everyone will save for the $2000+ gaming laptop, midrange laptops that cost less a grand are still popular. Anyway, they have always been popular.

If you’re not looking forward to maxing out settings on the major triple-A games, and don’t fancy the sleek Max-Q versions of graphics cards and specialist CPUs, a sub-$1000 gaming laptop is still ideal. A number of laptops in this price range manage to cram in fully featured versions of high-end components that you’d commonly find on a desktop.

So, what makes for the best gaming laptop under 1000 in 2019? That always depends on how far you can stretch your budget, but should really be looking for something with at least GTX 1060 card in there (although we’re seeing some decent 1660 Ti builds too, which should give you good power for less than $1,000). Other specs to look out for include a 120Hz screen and maybe a Core i7 processor.

Unless your budget is really tight, something that tops out at 16GB RAM is fine, and if you can nab at least a 256GB SSD (an NVMe variant is better) for booting., you’re off to a good start. If the primary SSD is that small, look out for a secondary storage like a 1TB HDD. 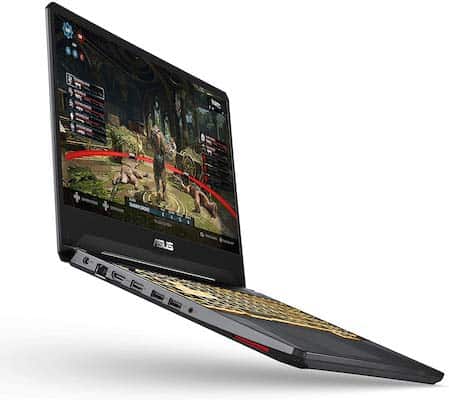 Here are our Top Picks for the best gaming laptops under 1000. 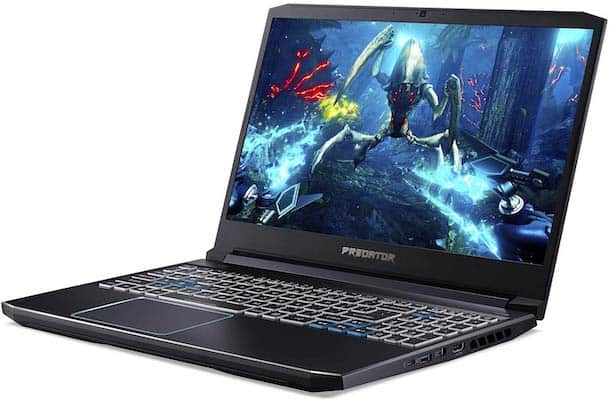 The 2019 Predator Helios 300 is a compelling mid-range laptop that packs the latest Nvidia GPU and Intel into an exciting case that promises fast frame rates on modern games and strong productivity performance. It costs just over $1000, but it’s worth every penny you spend.

Though it isn’t the most extravagant, and certainly not the most portable, the Predator Helios 300 sits at exciting spot in the PC gaming industry, offering a perfect balance of value and performance. It’s the 15-inch midrange gaming laptop to beat.

This new Predator performs like a pricier machine without skimping on build quality and gaming chops. It delivers excellent value, and for that it earns our Editors’ Choice award for entry level gaming laptops. 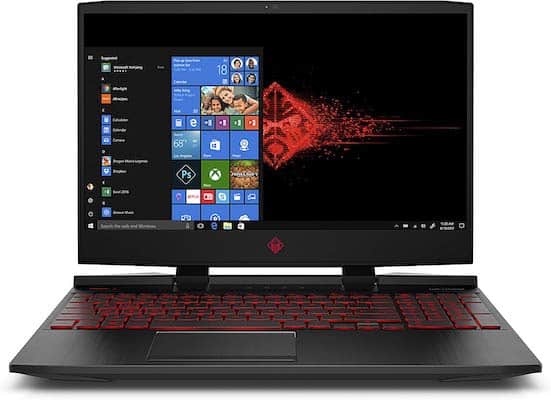 A 15-inch powerhouse that costs less

If you’re looking for a gaming powerhouse, but not in the financial mood to shell out over two grands for one of those svelte gaming laptops, the HP Omen 15 is an obvious choice. It’s packed with a 9th generation processor and a full-fat GeForce GTX 1660 Ti graphics card, and is therefore able to handle any AAA game you throw at it.

It’s isn’t the most portable gaming laptop you’ll buy this year, and the it won’t handle 4K gaming well, but when it comes to 1080p gaming, you’re getting an ace here. 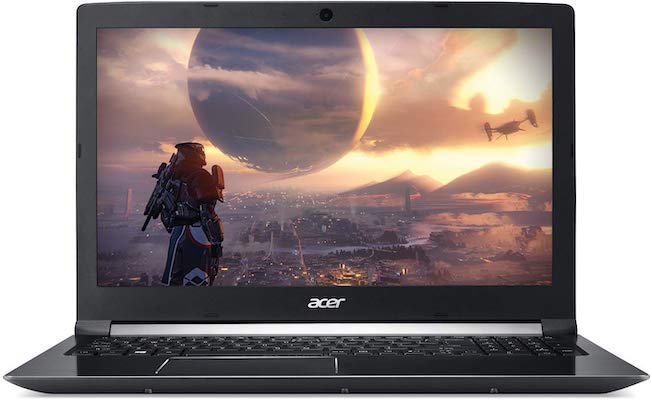 It’s easy to love a gaming laptop this good

It may not be having the signature gaming design, trading the usual black and red aesthetic for one that makes it feel like an office machine, but some will still find the Acer Aspire 7 satisfying. Yes, it is one of the best entry-level gaming laptops when it comes to gaming in 1080p.

In fact, you’ll be able to crank the settings all the way up in Overwatch without ever dipping below playable fps. It does offer better battery life – when compared to other gaming laptops in this category, but it’s better to have your charger on hand at all times. 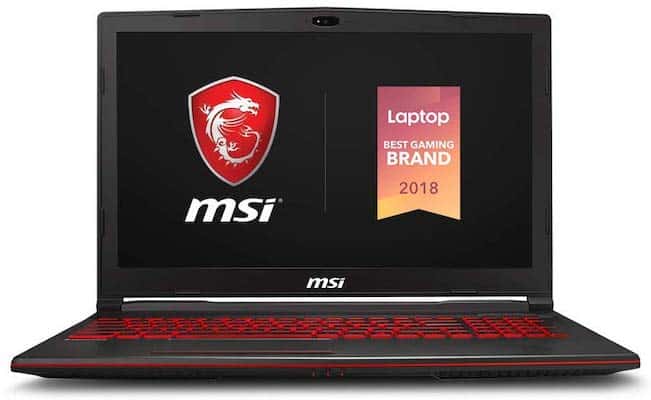 Play your favorite PC games on the move and very discreetly with the MSI GF63 Thin 9SC-066, which might easily be your dream gaming laptop. Coming in at just 0.85 inches thick and featuring impressive hardware like Intel Coffee Lake processors and Nvidia GeForce GTX 10-series –updated alongside RTX 20-series graphics at CES – the MSI GF63 Thin packs a punch in its very thin package.

Anything played at 1080p won’t easily slow down this thing down. And, with a smart aesthetic, you’ll be able to lug this beefy gaming machine anywhere you go, making it one of the gaming laptops to hit the streets. 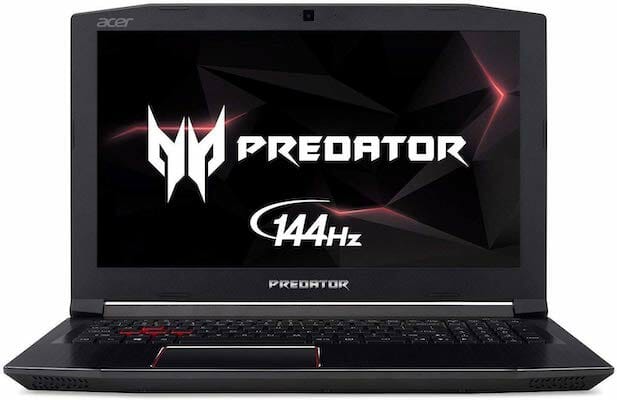 For the serious gamers on a budget

Yet another Predator Helios 300 makes an appearance in our best gaming laptops for 1000 list. Reason? Simple, Acer has been offering this systems at very exciting prices while packing a punch in components and solid build quality, meant for midrange gaming and productivity.

This Predator Helios 300 is a rock-solid choice if all you’re after is VR gaming and play AAA titles at good frame rates. It sets a new pace at this price range for Coffee Lake-H-equipped gaming laptops, even though it doesn’t wow on battery life. For the price, it looks like the perfect laptop to replace an aging gaming desktop. 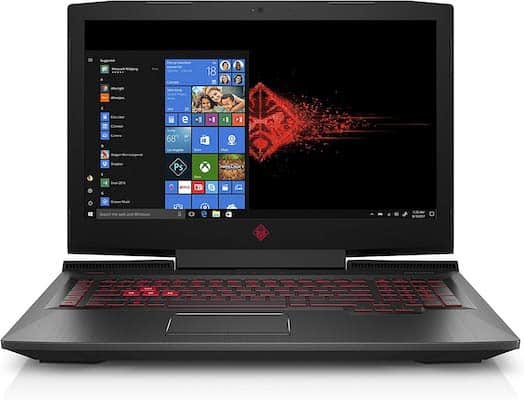 The HP Omen 17-an110nr makes good on its thin form with lots of gaming grunt and premium look, but comes with a massive 17.3-inch screen. The larger chassis gives room for an excellent feature set, a refreshed look and very reasonable price.

To the package, add in a bright, vibrant 1080p and a pair of nice, loud speakers, and you have a gaming notebook for play and daily productivity. Inside, its components are wild as the look suggests.

If away from gaming, you sometimes need a big screen for movies or productivity apps like ArchCAD, the big screen and dedicated graphics card on the HP Omen 17 will make even more sense. 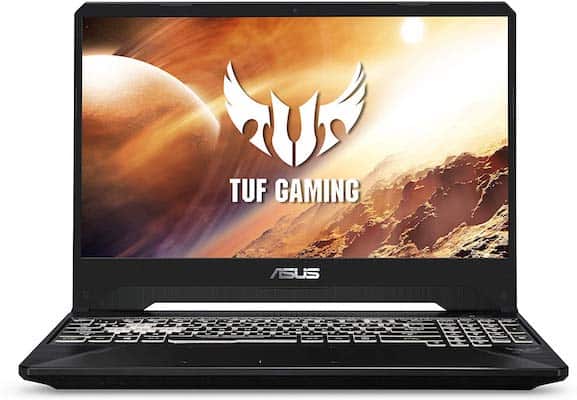 Gaming on the affordable lane

The Asus TUF line has seen boundless success in recent days, and lloks like they are rewarding loyal fans with an affordable gaming laptop. The Asus TUF FX505DT is by far the most affordable laptop you can buy today, but it flaunts strong 1080p gaming performance at acceptable frame rates.

It’s an especially good value for esports competitors and MOBAs players who don’t require lots of graphics processing oomph to power their daily gaming drives. If you want to spend as little money as possible and still enjoy your games, the Asus TUF FX505DT-AH51 is worth a look. 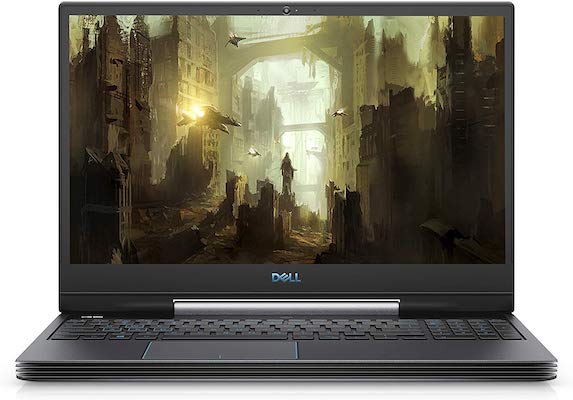 If you’re shopping on a budget but want a machine that’s capable of playing modern games and can handle productivity tasks at the same time, it’s certainly tough to beat this value. For all these, the Dell Inspiron G5590 is an easy choice to recommend for midrange gaming laptops. 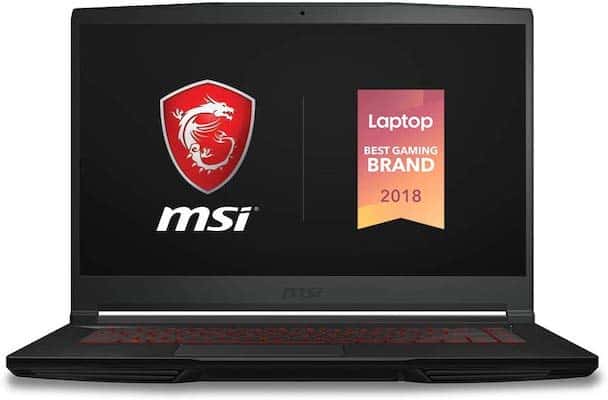 Excellent 1080p gaming on the move

The MSI GL63 8SC-059 need not struggle to be an affordable entry-level gaming notebook. Not that it is the cheapest, but it’s uncommon to find an MSI ringing a price that can …just maybe – get you a desktop replacement, at the very best. It wouldn’t be a stretch to label it a budding prosumer’s choice, as it inches closer to a desktop than most notebooks in the same category can on all but form factor.

You’re going to carry it with you often, it will fit into a backpack, it features the latest Nvidia graphics card and scores well on productivity alike. And, it boasts a good screen and gaming aesthetics than its rivals.

It’s hard to recommend it on anything but the newest graphics card, powerful processor and elegant design, especially at this price. 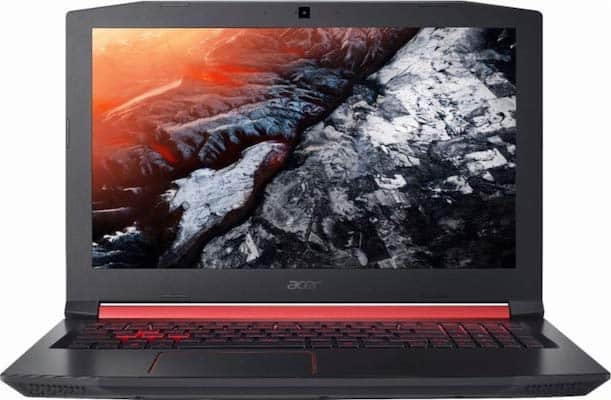 The most affordable Nitro yet

Unless you have a sky-high budget, getting that ideal gaming laptop will always attract a few compromises. The Acer Nitro 5 is one of those systems that satisfy that premise, but not prohibitively so. Its feature set including an 8th generation processor makes for a solid entry-level gaming laptop that’s affordable.

Want more suggestions? Check out our list of the Editors’ Choice 2019

Need something for college? Read our Best Laptops for College 2019

On a tight budget? See our Best Laptops under $500

Fancy a desktop? Take a look at our Top picks for Gaming Desktop PCs in 2019

Something for work and school? See our Best Laptops Under $1000