At the top of its game, like it never left

Back like it never left – but bigger and better. The ASUS ROG Strix Scar 17 G732LWS-DS76 (2020) is all about power, and we’re glad that the new version is just as badass as its predecessor. For under two grand, you get a powerful RTX 2070 Super GPU wrapped in a chassis packing a smooth 17.3-inch, 300-HZ panel; a comfortable keyboard; and the coolest ROG Keystone.

However, the Scar 17’s chassis is a little thick, and there’s no camera in sight. Those are just about the only tradeoffs you’ll have to do with on this beast – and of course, the big screen just in case you wanted a smaller, 15-inch machine.

It makes up for these (near) flaws with good battery life, solid audio and great gaming and productivity performance, making it one of the best big-screen gaming laptops around.

The Strix Scar 17’s has a faux-aluminum design brushed so that the lines meet near the center with an illuminated strip that has the hood brushed diagonally and the other half rocking a vertical gradient. The lid has an RGB-lit ROG logo, and below that there’s an off-center revealing the deck.

Beyond that, it has a hinge that protrudes outward with a pair of copper vents surrounding the additional ports. Before you open the laptop, you’re greeted by an RGB light bar wrapped around the chassis. As you pop open the lid, a carbon-fiber deck reveals with a distinctive futuristic style, but this time in black and gray.

The chassis lights can be controlled by the Asus Aura Creator software or the keyboard shortcuts, through which you can change the lighting colors and their effects, or even shut them off completely. At 6.28 pounds and measuring 15.7 x 11.6 x 1.1 inches, the G732LWS-DS76 is quite portable for a 17-inch gaming laptop, we expected it to weigh more but we’re surprised at how portable Asus made this machine.

For a gaming laptop of this magnitude, we expected decent port selection. It does that, only that it lacks a Mini DisplayPort, which somehow makes setting up VR a little bit difficult.

On the left side, the system features three USB 3.1 Type-A ports and a headphone jack, while the back side holds the power jack, a USB Type-C DisplayPort 1.4 port, an HDMI 2.0B port and an RJ45 port.

The right side has the ROG Keystone, which is basically a magnetic, encrypted key that stores information such as custom lighting effects for the laptop. You can also use it to unlock a piece of storage that’s locked on your hard drive. In order to activate the “Shadow Drive,” you have to first set up an Asus account.

Like its predecessor, the keyboard on the ROG Strix Scar 17 is pure bliss to type and game on. The keys feel smooth and offer enough bounce with a satisfying sensation. Everything feels super comfortable to use while typing or gaming thanks to the carbon-fiber palm rest.

The keys are individually RGB-lit, and you can customize the color theme in the Aura Sync tab in the Armoury Crate app. The available presets are Rainbow and Breathing, but if you want to explode, you’ll have to download another app called Aura Creator from the Microsoft Store. The customization through the app isn’t straight-forward, however, since the Aura Creator operates more like a video-editing software.

Below the keyboard is a 4.1 x 2.8-inch touchpad that’s relatively soft, offers two discrete clickers, so it’s kind of great. The pad also responds well to Windows 10 gestures, like two-finger scrolling and three-finger tabbing, all thanks to Windows 10 precision drivers.

For a laptop with such an exorbitant price tag, we did expect excellent all-around performance, gaming and pretty everything else. And, the Asus ROG Strix Scar 17 without a doubt scores well in this respect, delivering impressive frame rates in most modern games. The impressive productivity performance is backed by its 10th Gen Intel Core i7-10875H processor, 16GB RAM, and 1TB PCIe SSD.

When it comes to gaming, the G732LWS-DS76 gets the Nvidia GeForce RTX 2070 SUPER (8GB, with ROG boost) graphics card that barrels through Shadow of War at 113 frame per second on Ultra, 1080p as you beat an orc with Celebrimbor’s hammer until you push the creature to the ground.

Gaming laptops are never good with battery life, but we can say the G732LWS-DS76 offers decent battery life. When you continuously surf the web over Wi-Fi at 150 nits of brightness, the Strix Scar lasts just over 5 hours 7 minutes, which is way above the average mainstream laptop average (4: 09). That’s quite impressive as the Dell G7 (3:14) and ASUS Zephyrus M (3:08) don’t even come close.

The ASUS ROG Strix Scar 17 is a stellar, big-screen gaming laptop, offering strong productivity and gaming performance, a 300-Hz panel, decent battery life, a comfortable keyboard and quality audio. However, before you commit the dollar, be aware this laptop doesn’t come with a. webcam and the chassis is fairly thick.

If the missing webcam is a must-have, and the thick chassis puts you off, check out the MSI GE75 Raider 10SFS-226, which is almost similar price but offers a thinner chassis, stronger performance, a much brighter display and a webcam in the right spot.

That said, the ASUS ROG Strix Scar 17 G732LWS-DS76 is one of the best big-screen gaming laptops you can buy right now. 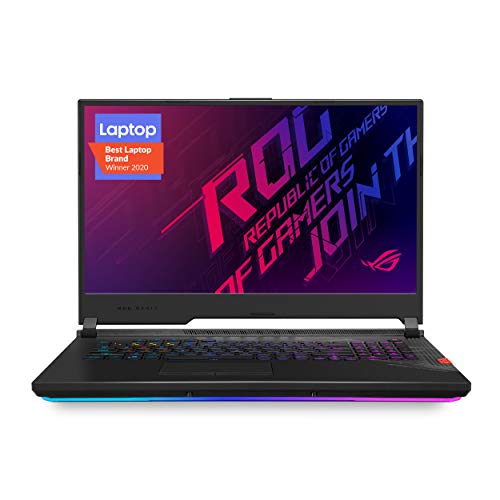 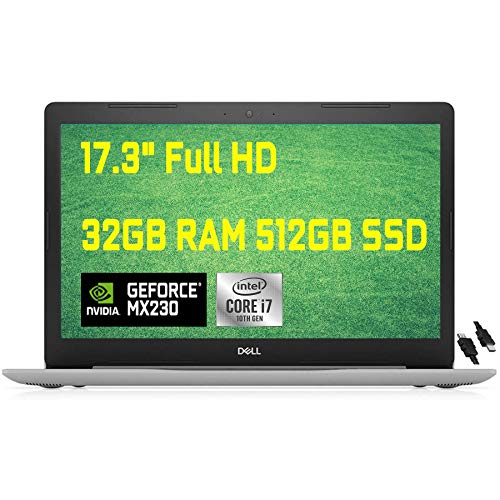