The Chromebox M004U offers faster USB 3.0 ports, a newer Celeron processor, HDMI and a more modern compact chassis. For the price, it's also a much better deal.

Reviewing a Chromebox, any Chromebox, is never an easy deal. All you get is a small, featureless box. It runs on a simple OS based on a web browser. So looking for points of differentiation between Chromebox A and Chromebox B is difficult. At least Chromebooks bear all the hardware features of a typical PC notebook, and the Asus Chromebox-M004U is a great alternative to buying yet another cheap Windows desktop.With Chrome OS you get a quick way to the internet, plus an assortment of Web apps from Google.

The Asus Chromebox-M004U is set in a compact box measuring compact 1.75 by 5 by 5 inches (HWD), and weighs in at 2.6 pounds. It resembles popular media boxes in terms of form and factor, but is considerably heftier since it comes with a plethora of I/O ports on its outer faces. In addition to the design, here comes Chrome OS which dictates that you leave behind legacy programs like Microsoft Visio or Print Shop.

Consequently, the fringe benefit must be the malware free platform as it doesn’t support any Windows-based malware, if you’re the IT support for your family, you will know what I mean. Your emails and files stay in cloud storage, with constant updates and patches against malware threats. Even if you hobble the machine, Google’s Powerwash will enable you re-install the operating system to factory specs in a few minutes.

Connectivity options are quite standard on the Asus Chromebox-M004U-just like other Chromeboxes, but it just has the basics. It has an HDMI port, an ethernet port, dual-band 802.11 a/b/g/n Wi-Fi and Bluteooth 4.0. Google includes 100GB of Google Drive storage for two years after a purchase of a Chrome OS device. If you absolutely need Windows- or Mac-specific programs like the official Adobe Creative Suite and Microsoft Office, then you’ll sadly have to pass this system by. Some businesses and schools require that you do your work using commercial software on Windows. 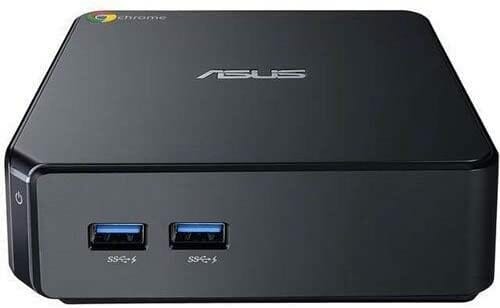 On the Chromebox-M004U everything runs on the full version of Chrome browser, including most, if not all, of the x86-based browser plug-ins and Web apps you’ve become accustomed to. No longer will you have to struggle with office document creation and editing, it has been made as easy as bringing up Google OS. Similarly, video streaming services like Netflix and Amazon Prime work perfectly in Chrome, just like on Windows or Mac OS. You can also port your bookmarks from the desktop version of Chrome browser on your PC or Mac (as long as you’ve logged in with a Google account).

Most Chrome plugins like Adblock Plus and Google translate automatically install and work fine on the Chromebox. This is in stark contrast of the absolutely kludgy experience most users have had with the Android based HP Slate 21-k100 all-in-one desktop. Although the HP Slate comes with a screen, mouse and keyboard (three things you have to supply the Chromebox), but trying to use a mobile operating system on a desktop is an exercise in futility. On the HP Slate 21 fonts and UI elements are blown up to cartoonish levels, but when viewed via the Chromebox they look like they normally do on your PC.

The Asus Chromebox-M004U is certainly a better choice as compared to other Chromeboxes in the market, such as the pricey Samsung Series 3 Chromebox. The Chromebox M004U offers faster USB 3.0 ports, a newer Celeron processor, HDMI and a more modern compact chassis. For the sticker price and features set, it’s also a much better deal. Although other competitors such as Dell have announced competing Chromebox desktops, but they aren’t yet released to the public.

For a few hundred dollars more you can get a screen, more storage, and a full Windows operating system such as the entry-level desktop Gateway – One ZX4270-UB31. But for the first time we can actually recommend a Chromebox, especially if you’re on a very tight budget and all you want is surf the Internet on a large screen. More examples are bound to surface in the market soon in this (slowly) developing category. Right now, the Asus Chromebox-M004U is worth a serious look. 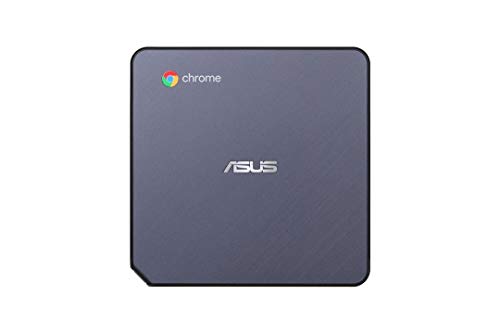