The ASUS C201 Chromebook stands out a recommendable choice for most users thanks to its durability, affordability, long battery life and modular design. It is especially a good choice if you’re in the market for a budget computer for yourself or your kids’ classroom and you won’t need Windows.

Let’s admit it, classrooms have lately become high-tech, and folks are now out with the old composition notebooks and in with svelte Chromebooks. The latest ASUS C201 Chromebook (often called: Asus C201PA-DS02-PW) is crafted with kids in mind, and although it doesn’t rework the Chromebook wheel, it features a solid design and remains loyal to the affordable end of the laptop market.

Though it is slightly thicker than similar Chromebooks, and can get a little sluggish when running multiple browser tabs, its long battery life, affordability and great design, make it a solid choice for use in school or college. That said, the Acer Chromebook R 11 remain our top pick, thanks to its strong performance, superb local storage and convertible design, but it will cost you a few more bucks. If you’re working on a strict budget, the ASUS C201 is an easy choice to recommend and is worth a look.

In designing the C201, Asus put in mind the fact that kids can be messy and accident-prone. That’s why the Chromebook features 3mm of white rubberized molding around all four corners of its pearl white/light blue, plastic chassis. You have two other color themes to choose from; Navy blue and Lotus gold/red, while on the bottom you have rubber grips to keep the Chromebook from slipping around your desk or out of your hand. It features a resolution of 1,366-by-768 on the 11.6-inch display with an anti-glare coating, which suffices when working outside or in a brightly lit environment.

It measures 0.7 by 11.3 by 7.6 inches (HWD) and weighing 2 pounds, making it slightly thinner and lighter than hardy competitors like the Lenovo ThinkPad 11e Chromebook (0.87 inch, 3.1 pounds), the Dell Chromebook 11 Non-Touch (0.83 inch, 2.7 pounds) and the Acer Chromebook R 11 (0.76 inch, 2.8 pounds). As far as Chromebooks go, the Asus C201 is definitely on the thinner side. Still, its small size means that it won’t take much space in a backpack or messenger bag, and it’s not going to break your back as you commute to work or move between classes.

A potential downside must be the lack of touch capability, a prominent feature in other Chromebooks like the Acer R 11. Furthermore, while its hinge can open up to a full 180 degrees, it’s not quite convertible. The only advantage is that it facilitates easier viewing for collaboration. The fact is that the rubber bands at the bottom prevent the laptop from lying completely flat, and the viewing angles aren’t great, unless you’re hovering directly over the screen.

The ASUS C201 Chromebook is powered by a Rockchip 3288-C Quad-Core 1.8GHz processor with Rockchip Mali T764 graphics. Our review unit came with 4 GB OnBoard Memory 16 GB eMMC SSD, which is fine for light browsing but you begin to notice the system slow down when you open multiple tabs. I was able to play some YouTube videos smoothly, until I opened a seventh tab, that caused the video I was playing to skip or buffer. From that point, I began to experience some lag in other Google Drive applications that I was working on simultaneously. For light tasks, this unit delivers smooth and nimble multitasking, better than most 1.6GHz Chromebooks.

The keyboard deck and touchpad are both made from light-blue plastic that looks sleek. The keys also feature white lettering, which I personally found to be quite ideal even under dim lighting, and the larger font on the key labels helps with that. On the C201, typing is adequate, the keys feel fine but nothing spectacular, and the keyboard might feel small for some, but it’s a good size for a child/college student hands. On the bottom front are two stereo speakers, they can get pretty loud with some decent audio, as long s you don’t expect them to bump insane bass lines at top volumes.

Port selection is standard for a Chromebook. Here you have an audio jack, two USB 2.0 ports, a micro HDMI port and a Micro SD card reader. Dual-band 802.11ac wireless connectivity, a 720p HD webcam, and 16GB of eMMC flash memory round out the features. Note: Because Chrome OS relies on Web applications and cloud storage, you won’t find much local storage on Chromebooks. And while there are a number of Chromebooks with 32GB of local storage, 16GB isn’t out of the ordinary for similarly priced products.

The ASUS C201 Chromebook stands out a recommendable choice for most users thanks to its durability, affordability, long battery life and modular design. It is especially a good choice if you’re in the market for a budget computer for yourself or your kids and you won’t need Windows. If you’re a heavy user, its sluggish performance will frustrate you, especially when working on important projects or documents in Web-based applications. 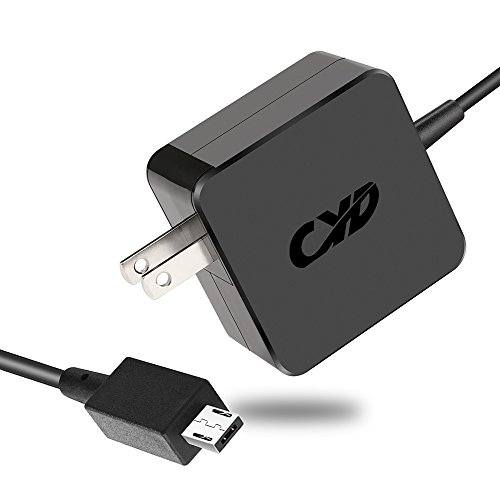