Beautifully made, slim and light, the Apple iPad mini MD531LL/A packs precisely the power of an iPad 2 into a tablet you'll actually want to carry around.

Blink and you might have missed it. The iPad Mini made an especially quiet debut as compared to the latest iPads in Apple’s latest event. With the dust now settled, it is easy to see why Steve Jobs was jovial of the 2011 tablets not being a match for the original Apple iPad, he had a point. Beautifully made, slim and light, the iPad mini packs precisely the power of an iPad 2 into a tablet you’ll actually want to carry around.

Android lovers and Apple haters can argue that there are quality non-Apple tablets out there, and, like Jobs, they have a point. But these other tablets are few, and right now for the low price the iPad Mini is still worth the competition in tablets.

The iPad Mini measures 7.87 by 5.30 by .28 inches (HWD), and is the slimmest tablet I’ve reviewed so far, and at 10.9 ounces, it is almost an ounce lighter than the Editors’ Choice the Nexus 7. Just like its older sibling the iPad 2, the mini features a glass screen surrounded by a very thin black or white button, with the usual Apple signature Home button below it. The rest of the buttons are located in the usual positions. Apple’s Volume controls, Home button, and Mute/Screen Lock Rotation switch are decently placed and easy to find. On the top left corner of the headphone jack, while Apple’s new compact Lightning port is on the centre of the bottom edge.

The back is wraparound black (or silver for the white model) aluminium, and on the upper corner is the 5-megapixel iSight camera. The metal back is elegant but it’s by all measures an ergonomic mistake: It’s way too slippery. We expect to use a tablet with a single hand, thus we need slightly grippy material on the back panel. While the iPad mini is comfortable to hold due to its light-weight, its width spoils the party by pushing the centre of gravity further from your palm, and most of the time it will feel like its about to slip out of your hand.

Apple’s iPad mini comes with a 7.9-inch, 1,024-by-768 IPS LCD screen, that doesn’t look low-res on its own, but you can definitely spot the difference next to a 4th-gen iPad with Retina Display, a Kindle Fire HD, or a Nook HD. Being smaller, its size appears sharper than the iPad 2’s screen. Its colors are brighter than the Nexus 7, although it doesn’t match the Kindle Fire HD and Nook HD displays in neither colour depth nor brightness. If you are used to reading text on Retina Display, the low-resolution there will make text look horrible. The display can sometimes appear quite reflective in ambient light than the Nexus and Kindle Fire HD. Since the iPad mini has a larger screen than most of its competitors, keys on the onscreen keyboard are a little larger, too.

The iPad mini shares many specs with the iPad 2, including its 1GHz dual-core Apple A5 processor, screen resolution and roughly the same performance. It features a 7.9-inch LED-backlight Multi-Touch Display with a maximum resolution of 1024-by-768, running on Apple iOS 6 (upgradable to the latest iOS 8.1). Web browsing is superb thanks to the mini’s faster 5GHz 802.11n Wi-Fi channel bonding. It offers up to 10 hours of battery life on a single charge, with other integrated features such as GPS for excellent in-car navigation. Even with its awkward size and mediocre screen, the iPad mini towers in its 275,000 specific apps supported by great graphics that enhance app development. 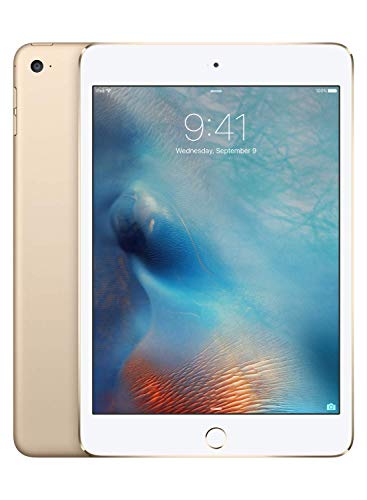 The single biggest surprise in the iPad mini must be the loud speakers. playing games, movies, or music on the iPad mini can crank the volume higher than expected and the sound isn’t clumsy, either. The two output speakers are located at the bottom of the tablet, not the back, so if the mini is on a table in front of you the speakers are pointing straight at you. It also support wired and Bluetooth headphones, with a pretty powerful headphone amp with acceptable bass levels for any decent set of earphones. The mini’s 5-megapixel camera, which takes sharp, well-balanced shots in decent light with a 1-megapixel front camera for taking clear shots even in low light.

The 7.9-inch iPad Mini is as far as we’ve seen an authority in its class. You don’t have to compromise on many aspects as it is competitively priced, features leading-edge power, and unmatched supply of gorgeous apps. If you’re only going to buy one tablet, go with the big one. The 7.9-inch iPad mini is still very good, but it’s expensive, it’s a little ergonomically awkward, and while its apps are still better than competitors, the gap isn’t nearly as large.